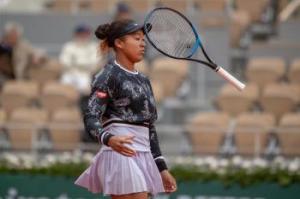 Almost all the favorites are knocked out in the first week, including names that were heavily discussed to be crowned as the new queen of Paris including Australian Open runner-up and Stuttgart Champion Petra Kvitova, Mutua Madrid Champion Kiki Bertens and Internazionali BNL d'Italia (Rome) Champion Karolina Pliskova. It is unfortunate that Kvitova had to retire due to an on-going arm injury before the tournament began and Bertens stated she had almost no energy left to play against Victoria Kuzmova in her second round match. Perhaps, it would've been a wiser choice to focus on Grand Slam instead of the mandatory events, considering both were extremely favored to win Roland Garros.

Victoria Azarenka, who is on her way for full come back, had a quite unfortunate draw where she had to tough it out against the '17 Champion Jelena Ostapenko 6/4 7/6, though had an early exit after a three-hour clash against the World Number #1 Naomi Osaka 6/4 5/7 3/6. Naomi on the other hand, has quite been struggling to keep a form in clay and was so close to be knocked out of the tournament in both rounds where she faced former Top 30 player Anna Karolina Schmiedlova only to recover from 0/6 7/6 6/1, and next round against Azarenka. She fell down against the current Doubles World No. #1 Katerina Siniakova 6/4 6/2 to finally put an end to her 16th Grand Slam win streak. It was expected, however, that Naomi wasn't on her form to go till the end and capture the third slam in a row.

Karolina Pliskova was one of the players without a slam, but has recently been playing very consistent thanks to the newly assigned 'full-time' coach Conchita Martinez, had to exit on her third round match against Istanbul Cup '19 Champion Petra Martic. Elina Svitolina still seem to not to recover from her wrist injury to fully return back to the courts and show her all, Kerber hits another score where she exits for the third time in first round among the four Roland Garros she played and Wozniacki's illness (Rhumetoid Arthritis) might have put yet another barrier after poor clay season for her to have an early exit in first round despite winning the first set 6/0.

The draw is a bit interesting now. We have Madison Keys as last year's semi-final against on-form Miami Champion Ashleigh Barty, last year's Champion Simona Halep against the future rising-star 17 year-old Amanda Anisimova, last year's runner-up Sloane Stephens against Jo Konta who perhaps had one of the best come backs in the entire tour in recent years and had an amazing clay court season overall, and finally yet another rising-star 19 year-old Marketa Vondrousova against Petra Martic. Despite it sounds surprising that all the higher-ranked players are out, the remaining are sure the 'hidden' favorites out there to outperform Top 20 players one another to reach where they are right now and I'm eager to see who will be crowned as the next Roland Garros Champion on June 8th.