Federer Signs with UNIQLO for $300M. 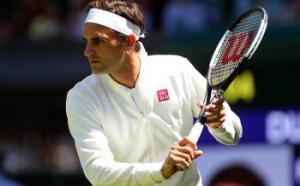 Roger Federer has officially become the new global ambassador of UNIQLO, a Japanese clothing brand  sponsored Novak Djokovic in the past and the former Top 5 Japanese player Kei Nishikori, for $300M. The deal lasts for 10 years until Federer's 47th birthday, which the Swiss Maestro will pocket $30M annually. During the press conference, Federer said his famous 'RF' brand will eventually come with him sooner or later now that the deal has come to an end between him and Nike.

As a long term tennis fan, the news completely came out of the blue to me, to a point I found myself suspiciously looking at the TV screen to see what was wrong with Roger. Nike and Roger have always been associated with each other ever since the very beginning of his career, and while Nike was stepping up their game after making Sloane Stephens, the 2017 US Open Champion, and Simona Halep, the 2018 Roland Garros Champion, join their forces, it sure must have been a very daunting news to see Roger go.

Meanwhile, despite all the endless retirement discussions brought up by the media, Roger is continuing to bloom yet in 2018 after giving a slight break in the clay season. He sets up the meeting with Lukas Lacko of Slovenia in the second round of Wimbledon, after dispatching Dusan Lajovic in straight sets.